Halle Saale is situated in the heart of Europe. This central location makes Halle very attractive for students, tourists and investors. The beautiful historical City is a global player since centuries. The story goes back to the sky disc of Nebra which was made 3600 years ago and demonstrates old trade routes across Europe which also touched Halle. Centuries later around 806 the french conquerer Carl the Great let fortify a place exactely on the site of the present city. In the middle ages Halle was one of the most important salt merchant in Europe. The greatest son of the city, George Frideric Handel (1685-1759), finally was the one who threw a bridge to Italy (from 1706), England (from 1710) and Ireland (Messiah). The Tranquebarmission with participants from Halle, Danemark and England took place in India from 1706 to 1845 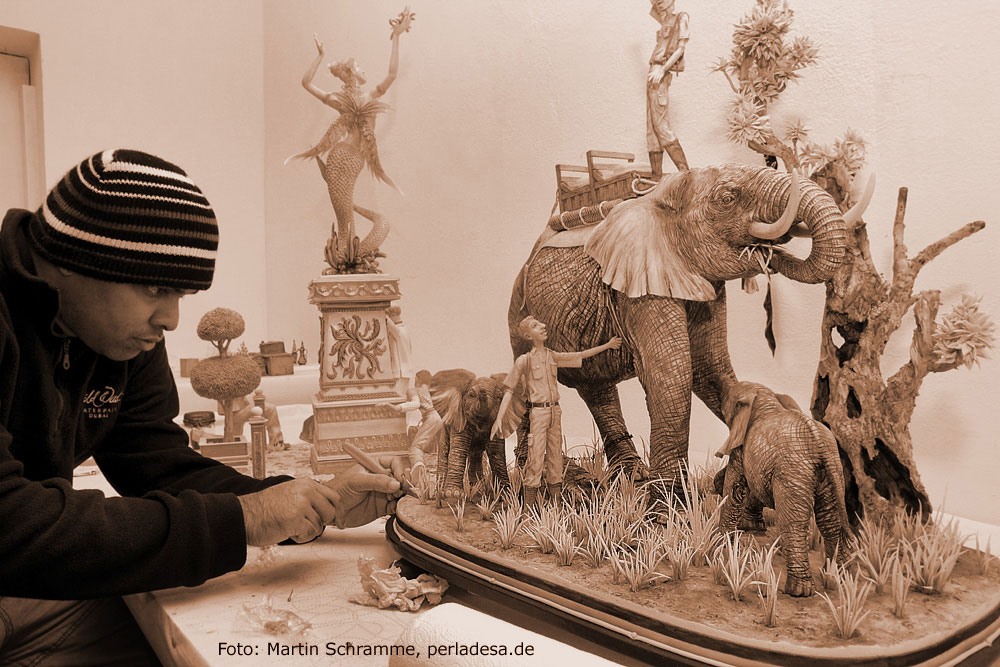 Halle worldwide - Bridges to the World

Armenia
Opposite to the historical court-building at Hansering in Halle you will find a red memorial stone for the Armenians who habe been killed in the genocide during the 1st world war.

Czech Republic
The Highschool of Arts has contacts to the Czech Republic (CR). This school has many contacts to countries all over the world. But the oldest connection between Halle Saale and CR is the Salt Street from Halle to Prague.

Chile
Margot Honecker, the wife of the head of German Democratic Republic (Erich Honecker), lived till her death in 2016 in Santiago the Chile. Miss Honecker was born in Halle Saale.

China
Halle has established a partnership with the chinese metropolis Jiaxing in May 2009.

Dubai
Uwe Micheel, the brother of Gerd Micheel owner of a well-known kitchen studio in Halle (Saale), lives in Dubai (UAE) and works there as Director of Kitchens in the Radisson Blu Hotel. In 1999 he became the President of Emirates Culinary Guild. Due to the connections in Dubai and to Halle amazing cake artists came to Halle in October 2016. They created amazing sculptures made of salt dough, sugar and food colors. One day they took part at the Culinary Olympics 2016 in Erfurt (Thuringia) and won many golden medals.

Ethiopia
The Pharmacy at the Martin-Luther-University Halle-Wittenberg cooperates with the Addis Ababa University.

India
There is a long term relationship between Halle and Chennai at the East-Indian coast. Originally that was the contact of the Francke Foundations with Tranquebar (Tharangambadi) over 300 years ago.

Iran
"Iran with their own eyes: a personal tour guide" is a book of Dr. Marga Kreckel from Halle Saale. Her personal impressions form Iran are surrounded by serious, sober introduction to the rich history of the country in myth and ritual, in gardens and poetry.

Ireland
Handel's most famous work, the Messiah, was first performed in Dublin, the capital of Ireland (former part of United Kingdom). Handel spent his childhood in Halle Saale.

Japan
Since 1993 Halle has a student exchange with Japan which started with the Reitaku-University near Tokyo.

At the Halle-University you find Japanology (Japan Studies). Friends of Japan in Halle are organized in the German-Japanese Society.

Namibia
The Urban Services in Halle have contact to Namibia.

Russia
The people of Halle Saale say "flag" to a monument at Hansering what in truth is the flame of revolution 1917 in Russia which marks the beginning of the Soviet Union. Artists and engineers of German Democratic Republic (socialist state from 1949 to 1990) built it in 1967 on the 50th anniversary of the October revolution. DAAD-Students from Krasnodar and Voronesh already visited Halle. Since 1997 people from Halle keep regular contact to Ufa, the capital of Bashkortostan. Students from Russia visit Halle and vice versa.

Senegal
The 1st black-african member of parliament Deutscher Bundestag in Germany is Karamba Diaby. He lives in Halle (Saale) since the 1980ies. Diaby was born in Senegal, were he spent his childhood and began to study.

United Kingdom
The composer George Frederic Handel who was born in Halle Saale is buried in London. The longest time of his life he lived and worked in England and became famous.

United States of America
The Francke Foundations Halle already since the 18th century have contact to the Salzburger Lutherans, who under the leadership of Pietists from Halle settled about 275 years ago in Ebenezer near Savannah. The Georgia Salzburger Society

The lawyer Matthias Maurer from the Felix Count von Luckner Society Halle maintaining contact to the timberwolves-veterans who freed Halle from the Nazi regime in April 1945.

Vietnam
The Urban Services in Halle have contact to Vietnam. Furthermore the famous kung-fu-master Chu Tan Cuong has his roots in Vietnam. He is the holder of several world records.

Halle-Ambassadors at the international stage

Halle, why?
Halle (Saale) is an amazing city with unique historical buildings and an interesting chronicle. Halle has great architecture (for example: a church with four towers and the single "Red Tower", a bell tower with the typical Big Ben sound), unique cultural treasures (like the skydisk of Nebra or the death-mask of the well-known reformer Martin Luther) and delicous sweets (from Germany's oldest working chocolate factory "Halloren Schokoladenfabrik AG"). Halle is the place where the great german composer George Frederic Handel was born and has grown up.
You are still not sure whether you should travel to Halle? Well, the following global players are already in and around Halle: Dow Chemical and Bayer (chemical industry), DHL (postal logistics), Amazon (online-shop) and Dell (computersystems) are already in the region. These VIPs already visited Halle: Bonny Tyler, Tom Cruise, Johnny Logan, The Scorpions, Hans-Dietrich Genscher.

Halle, where?
Halle (Saale) is situated in Central Europe at the river Saale. You find it in Germany 120 kilometers southerly from Berlin and 35 Kilometers westerly form Leipzig.

Halle, what?
Halle an der Saale occupies a hilly along the river Saale and has about 230.000 inhabitants. Halle has an old city core, because during the 2nd World War less than in other cities of Germany became destroyed (also because of Duke Felix Graf von Luckner). Especially westerly and southerly the city core is surrounded by modern houses built during the GDR (communist time). But also around the central place and along the central highway there are modern buildings, also small skyscrapers.

Halle, who?
The great german composer George Frederic Handel was born in Halle (his furneral is in London) like Hans-Dietrich Genscher, the former German Minister of Foreign Affairs. The Pietist August Hermann Francke (Francke Foundation) and the painter Lyonel Feininger worked in Halle.

Halle, how?
You can go to Halle Saale by plane, train or car. Near Halle is the intercontinental Airport Leipzig/Halle (LEJ/EDDP). London, Paris, Vienna and Milan belong to the direct flight destinations. Halle is situated at the train tracks Leipzig-Kassel and Berlin-Frankfurt/Main. Halle is surrounded by the motorways A9, A14, A38 and A143.

more about Halle Saale in English